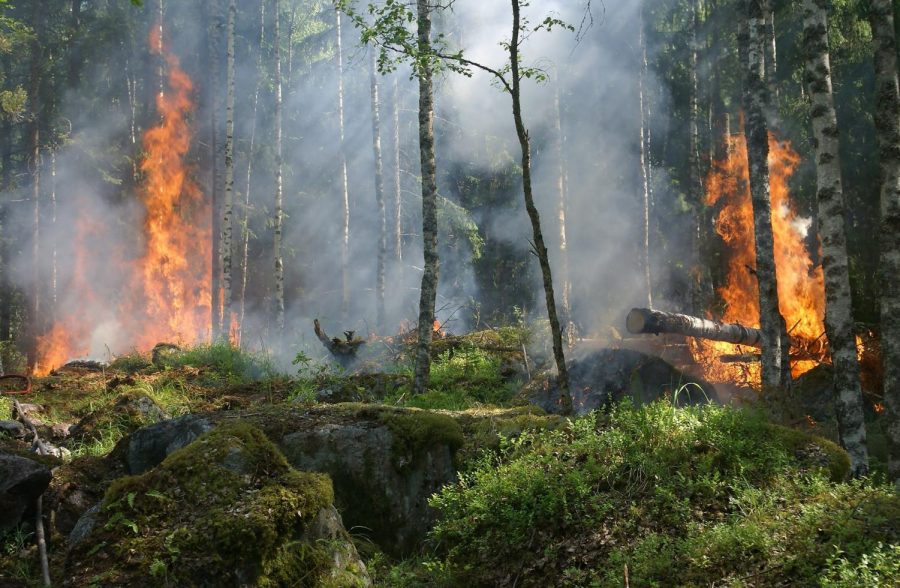 “Climate change is the change in temperature of the Earth’s atmosphere mainly due to manmade causes. The major cause is thought to be greenhouse gases, emitted by humans into the atmosphere,” Conceptual Chemistry, Astronomy, and Environmental Science teacher, Dr. Emily Tenenbaum said.

Carbon dioxide has increased from 378.21 parts per million in 2005 to 409.33 parts per million in 2018. Higher amounts of carbon dioxide can displace oxygen in the air if less oxygen is available to breathe then rapid breathing, rapid heartbeats, fatigue and more can occur. As less oxygen is available nausea, fainting, coma and sometimes death can occur.

Global temperature has increased 1.8°F since 1880 resulted in Arctic Ice decreasing 12.8% per decade, ice sheets are decreasing 413 gigatonnes per year and the global average sea level has risen nearly 7 inches over the past 10 years.

“We have more major storms then we used to [when I was younger],” sophomore, Sarah Grimm said.

The weather is changing little by little even if people can’t see it. It’s the subtle increases from 50 years ago to now. The U.S. Climate Index Extremes disaster for the year-to-date was 75% above average. The 1980-2017 annual averages for disaster events like hurricanes, winter storms and more are 6.0 events; the annual average for the most recent 5 years is 11.6 events.

One thing people can do to help climate change “Is to reduce your beef consumption, so don’t eat as much meat…. Beef has the biggest impact, raising cows has a very big footprint, carbon footprint, so if [you] don’t eat cows, less will be raised that will reduce the carbon put into the atmosphere. If you feel strongly about it and you don’t want to see these things happen contact the politicians that represent you…” Dr. Tenenbaum said.

“It’s those little things in the environment that when everybody makes those active changes in their lives, makes a big impact,” Mr. Bellew says.

Making lifestyle changes by walking and biking when possible, cutting down on the excess car miles will help but only if a lot of people are making these changes in their lifestyle, not just five or ten people.

“From what I’ve seen in terms of science, right now scientists are trying to get the world on board. You are talking about a time where even if the evidence is strongly leaning towards climate change, you still have very heavy influences that say it’s not happening….” Mr. Bellew explains.

To help stop climate change people will have to learn about it. Many people around the world have to start believing in the fact that there is a problem that needs to be solved before it can actually be solved.