For fans of fantasy, Shadow and Bone is an extraordinary television adaptation of an even better book series. 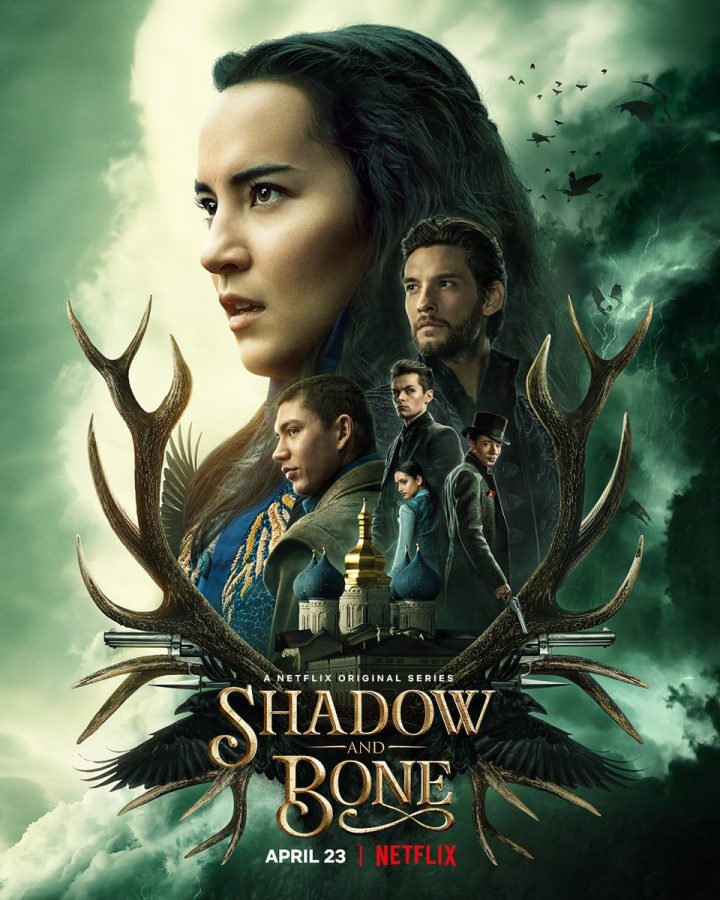 For fans of fantasy, Shadow and Bone is an extraordinary television adaptation of an even better book series. Shadow and Bone aired on Friday, April 23rd 2021 and remained Number 1 on Netflix for at least a week.

Author Leigh Bardugo published the first of the Shadow and Bone books starting in 2012. Since then, the Grishaverse has 3 series consisting of a total 7 outstanding books and even 3 novellas. The series follows a unique world where there are people known as Grishas who have the ability to practice the “Small Science”: they can manipulate matter, air, fire, create things, heal or control a person’s body and special Grishas can even summon the shadows or the sun.

The show follows the journey of orphan mapmaker Aline Starkov, played by rising actress Jessie Mei Li, 25. She tries to survive in her war-struck world where The Fold, a strip of darkness filled with monsters created by a Grisha long ago, tears her country apart.

Her childhood best-friend and fellow orphan, Malyen Oretsev, played by Archie Renoux, 23, is drafted to cross the perilous Fold. Full of worry, she manages to go with him on the journey. In the midst of chaos and death, she finds that she may be the most powerful Grisha ever known. The story unfolds and we are introduced to General Kirigan, (better known as “The Darkling” to the book-fans) a Grisha who can summon the shadows, played by Ben Barnes, 39.

A unique aspect of this adaptation is that it incorporates the characters from another series in the Grishaverse, Six of Crows. Kaz Brekker (Freddy Carter, 28), Inej Ghafa (Amita Suman, 23) and Jesper Fahey (Kit Young, 26) provide an entertaining side-story to the overall serious main plot of the show. Not to mention, creatively incorporating the backstory of other characters in the Six of Crows gang, Matthias Helvar (Calahan Skogman, 27) and Nina Zenik (Danielle Galligan, 28).

Overall, this tv-adaptation is a yes for me. It combines the characters from two of the series in an innovative and remarkable way, while keeping the integrity of the main plot and characters of Shadow and Bone intact. A drawback for watchers however, is the extra details and additions from the novels that seem irrelevant to the show. Nina and Matthias’s backstory is presented in the show with little connection to the main plot. Nevertheless, even though it can be hard to keep up with at times, the on screen effects, character portrayal, and combination of romance, action and mystery will be sure to keep you glued to the screen.

If you loved the show, make sure to check out the books and get to know the cast in Shadow and Bone: The After Party on Netflix.