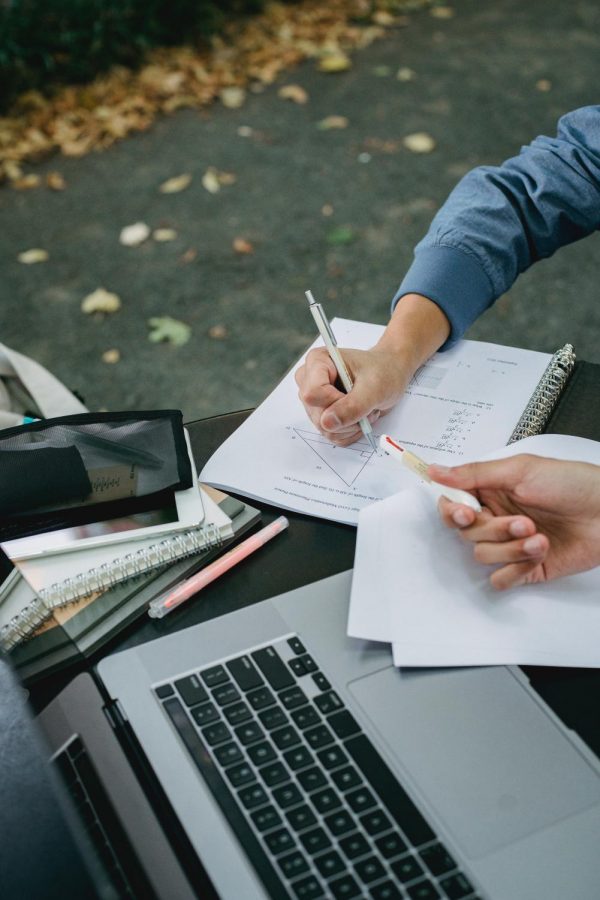 Photo by Armin Rimoldi from Pexels

Piscataway High School students and teachers have adapted to virtual learning during the pandemic. They find school from home a lot easier than it was when they first started because they have gotten used to the struggles and conditions.

Teachers have become better at navigating virtual learning now that they are more prepared and have gotten more experience. P.E. Teacher Mrs. Kayla Torok says she found it hard at first, but much easier now.

“I’d never taught on a computer before, so at first it was a struggle,” Mrs. Torok said. “But now I definitely feel like I have a good handle on it.”

Students have also seen this change in themselves as well. Junior Nick Morgan says he finds distance learning a lot easier now than before.

“As time has gone on, virtual learning has become a lot easier and I’ve gotten used to the circumstances that come with it,” Nick Morgan said.

“It was difficult to teach through a screen because I couldn’t see how the students were doing,” Chief Mahoney said. “But it pushed me to be a better teacher.”

Mrs. Torok also said something similar. She said that she saw a huge change in her teaching style since her class was especially difficult to teach virtually, and that change might not have necessarily been bad.

“I think teaching over a computer was a good change,” Mrs. Torok said. “Because it helped me grow as a teacher.”

Nick Morgan has said that he sees a difference in the work he does now and before the pandemic. He is able to put in more effort in the work done from home.

“My grades have been very good virtually, I’ve always been a good student but I feel that the work I do at home is better than in person.”

A recent survey done by YouthTruth showed that students learned more in virtual learning than in hybrid. When asked about it, Mrs. Torok shared what she has witnessed during hybrid.

“We just started with the hybrid option,” Mrs. Torok said. And the only thing I have been able to see so far is the struggle to balance both virtual and in person.”

When Chief Mahoney was presented with the survey data, he had a similar opinion on it. He connected how they had adjusted to virtual to the new option of hybrid learning.

“Virtual learning has overall gotten a lot easier from when we first started, but I won’t know the effect of hybrid until we’ve done it more.”

Nick Morgan talked more about how much easier the year has gotten as the months go by. Even though this year started out with students being accustomed to virtual. It still took the first few months this year to get used to it.

“I would prefer to be in school to interact with peers and teachers properly, but compared to September-October I’m doing a lot better.”

Of course, students have different experiences. Some classes are working better with virtual learning than others. Chief Mahoney shares a story of a class he was teaching during the first semester this year.

“I was very proud of my Aviation Honors Ground School class for working together to make a more comfortable environment online.”

Overall, while the pandemic caused us to suddenly go virtual with a rocky start, teachers and students alike have adapted to it. Everyone is still working to live as normally as possible while accommodating all the safety rules.